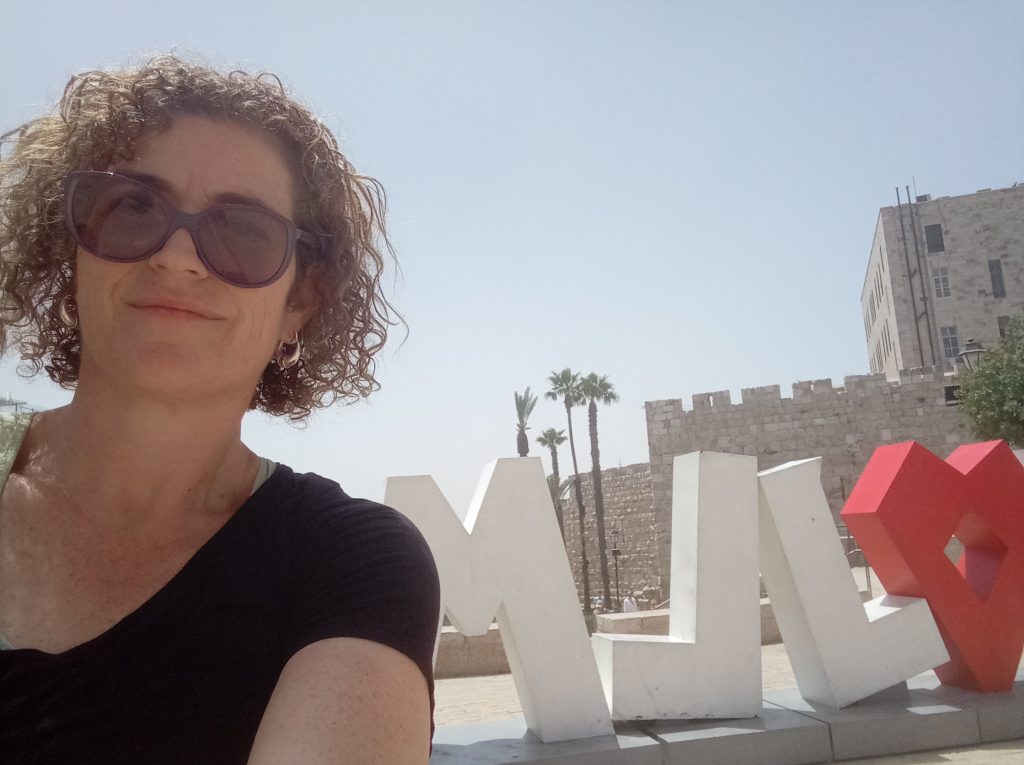 Hana Bendcowsky is the Program Director of the Jerusalem Center for Jewish-Christian Relations at the Rossing Center for Education and Dialogue. Growing up in a modern orthodox family and going to an Israeli Hebrew speaking school, Hana knew hardly anything about other religions. Hana’s first exposure to Christianity happened when she attended a history class while studying Comparative Religions at Hebrew University.

… it actually helped me to reconnect to my own tradition because when I had to meet with Christians and explain them about my own religion, I had to think about what I am doing.

Hana found out how much of her own identity had been shaped by Christian culture without her being aware of it. The Western, European culture as the leading culture globally defined her experiences through art, literature, music, television … That was an eye opening experience for her. Hana wanted to understand more about the interconnections between the religions and their roots in Israel.

I did meet a lot of people who showed me different things that helped me to open my eyes and be aware. It took another few more years to realize that that’s what I want to develop. That’s the kind of work I want everyone to be exposed to and to change their attitude … and the way they look at the world.

In this first episode with Hana, she explains the diversity of Jewish, Christian, Muslim and secular identities in Israel. She talks about the growing tensions also between Christians and Jews and what makes their relationship so special in the Holy Land compared to the European context. The question of who is minority or majority deems particularly important in the light of the occupation and conflict.

When I start to talk about the Holocaust or about persecution of Jews in Europe or the Crusaders with a local Palestinian, he won’t understand the connection why he needs to hear about something that Christians in Europe did to Jews in the Middle Ages …

but for Israeli Jews who have no experience of living with Christians, the only thing they know about Christianity is the history. And the history is full of tragedies …

Palestinians are not ready to hear about it because they are afraid it would lead us to reduce the responsibility from what’s happening here in the conflict.

Hana is a professional tour educator in Jerusalem leading study tours in the Christian Quarter.

Listen to a Palestinian feminist voice from Israel. Maisam talks openly about the struggles and conflicts she and her fellow Palestinians endure but she also sees the difficulties on the Jewish side.