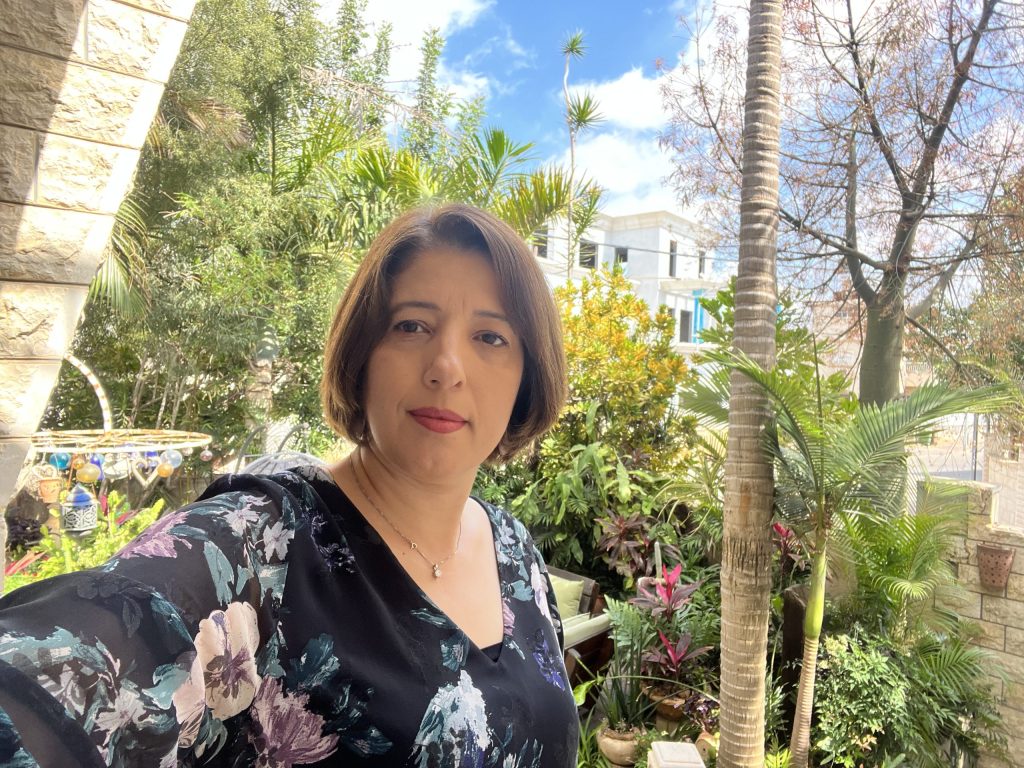 Podcast Maisam: Civil Society can do the Change

… most of the people – Palestinian and Israeli people – are people who really want to live in peace. … They want to fight for the future of their children, but we are still the silent minority. … And while the extremists are really ruling our lives here, we should be the alternative.

Maisam Jaljuli is the unofficial Ambassador of the civil society in Israel. Born as Arab Palestinian with an Israeli citizenship, she is living and working in the triangle region of Taybe in central Israel. Maisam is married with three kids and she seems to have endless energy engaging in various organizations in the civil society. Maisam is a true believer in the power of grassroots. She initiated and was leading NGO’s to change the lives of people for the better. Her main goals are to gain social justice, gender equality and to end the occupation. This is the announcement of her latest engagement.

I am very proud to be engaged with a lot of civil society organizations and being an active part of the civil society …. it really works on the grassroots level in Israel … I think in the civil society, we are doing a great job and we are really making changes.

Maisam grew up in an environment with strong values of equality, social justice and personal involvement. These values keep driving her to seek changes especially for women in the workplace and in politics. Maisam has been elected for three periods as chairwoman of Na’amat in the triangle region. Na’amat is a feminist organization with a link to the biggest federal Labor Union in Israel.

15 years ago, only 25% of the Arab women were engaged in the labor market. Now we reached 40%. So we have progress!

Domestic violence and the women who lost their children to crime in the Arab towns in Israel became some of her key activities in the last years. Right now, Maisam is in a transition period to change her focus even more towards the Israeli Palestinian relationships. Maisam talks openly about the struggles and conflicts she and her fellow Palestinians endure but she also sees the difficulties on the Jewish side.

Her main goal is to be engaged as an active part of the Israeli society. Maisam was awarded the Walking Man prize for social activism in 2017. Her wish is to receive the full acceptance and support of the Israeli establishment for her activities as a Palestinian (and) women in Israel. We had a great inspiring conversation and I really admire her positive contagious energy to continue fighting for a better society for all.

Listen to another Palestinian voice from across the boarder in Lebanon. Iman talks about her life and role as an educational specialist in a Palestinian refugee camp in Southern Lebanon.