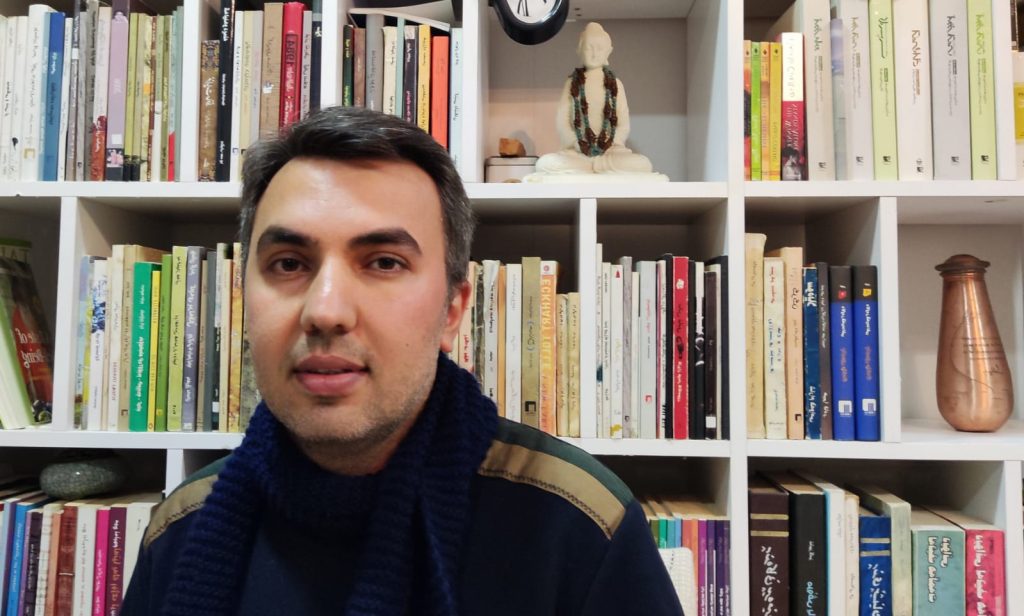 Rebar Salahaddin Abdallah lives with his wife in Sulaimaniya, the second biggest city in the autonomous region of Iraqi Kurdistan. When he was born, the Kurdish people in the region were still being prosecuted under the Saddam Hussein regime. Rebar was one of the kids who survived the Exodus of one million people to the mountains of Iran and Turkey. He experienced as a child all the hardships Kurdish people were exposed to in Iraq. The relieve only came in 2006 with the new constitution for Iraq which included the official autonomy of Iraqi Kurdistan.

People are recognizing themselves as Kurdish people because of the culture, history and the language which is shared between all whether they are living in Iraq, Syria, Turkey or Iran. So it is not divided, only on the maps, it is divided on imaginary lines.

Rebar accomplished his Bachelor Degree in architectural design at Erbil University. Back in Sulaimaniya, he worked for an NGO and started showing foreigners the heritage and historical sites of the area. He enrolled in a Masters Program between Brandenburg, Alexandria and Erbil studying models of social healing in post-conflict areas.

As an architect, I usually design physical structures, but as an heritage advocator, we are trying to preserve the heritage monuments and cultural significance from demolishing and from vanishing in the area. And through this, we have a bigger object, which is the social cohesion and community development.

Rebar became an expert on the city of Sulaimaniya. He conducts research on the open public spaces in the city. For him, social inclusion is one of the major problems in the area. Rebar identifies it even as one of the top reasons for the mass emigration of young people.

One of the reasons of mass emigration that we have right now is is the problem of not having an inclusive space for all the people. Poverty is not the reason. Besides social injustice and lack of job opportunity, there is no set of rules respecting the individuality of one being in the city. Your dignity as Kurdish inside Sulaimaniya is under threat by the very own government, by the very own community.

As a countermeasure, Rebar runs a series of workshops with local people. This is only the start of a participative process for more inclusion. He is still hopeful that a solution is possible.

I am not a nationalist. But living here means some kind of spiritual connection between me and the land. I feel the authenticity of the area and the people. But it needs a certain kind of solution and medication that we are trying to find. So I cannot leave this area so easily.

Listen to Joanne Bajjali from Lebanon. She speaks about heritage and the power to create a feeling of national unity for children in post-conflict areas.