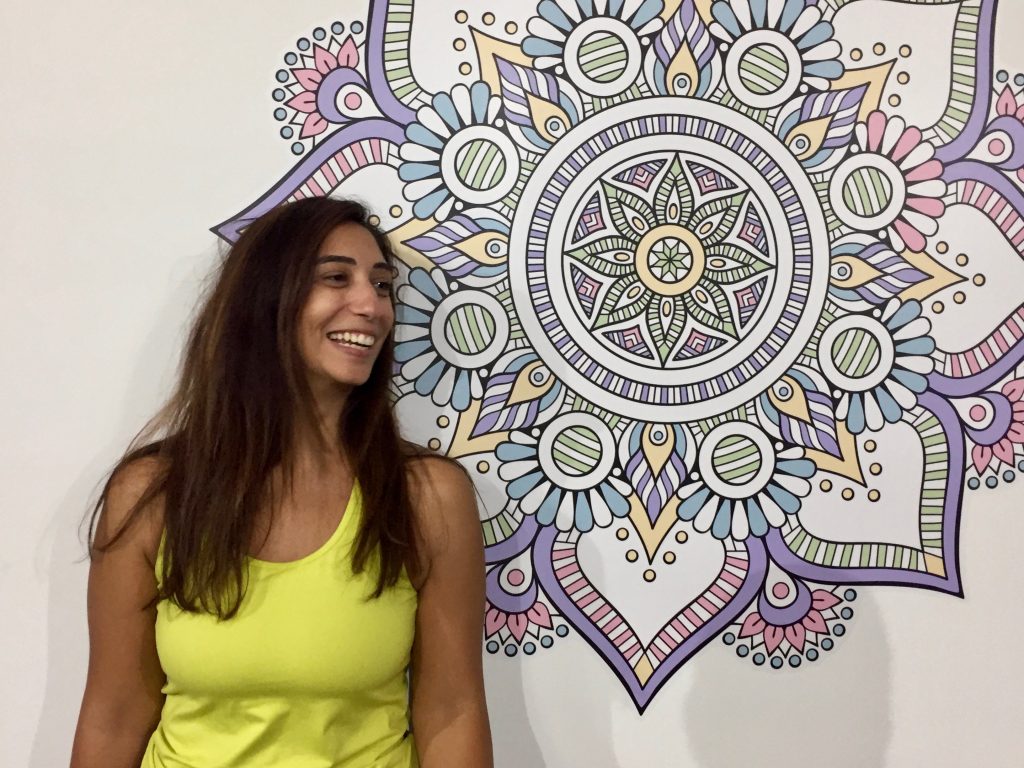 Sabine Saliba is a very special person not just because of her intriguing personality but also because of her openness to share her personal story. A story, many people would not be able to speak about. Sabine tells about her being a feminist from the very beginnings in a patriarchal society and finding her passion in fighting for children’s rights working for an NGO, based between Europe and the Middle East. In this interview, Sabine also talks very openly about the tragedy in her life and how she started healing herself. Her daughters gave her the strength to create a wonderful space in the midst of Beirut.

I couldn’t protect her from outside pain but I wanted to be a source of happiness for her. This is how I decided to rebuild myself

Sabine Saliba about her daughter

Rays of sunshine is a wholistic place where one can find a cafe with healthy vegan food in a welcoming and open atmosphere and a studio for body and soul. Starting with yoga but going even deeper into dance or drama therapy. In the process of looking for healing herself, Sabine wanted to create this space for others as a safe zone. In Lebanon, this is pioneering but more and more people become aware of their bodily and psychological needs. And, there is a revolution going on that shows how desperately the younger generation wants to get the opportunity to create a new living in this beautiful country apart from former conflicts.