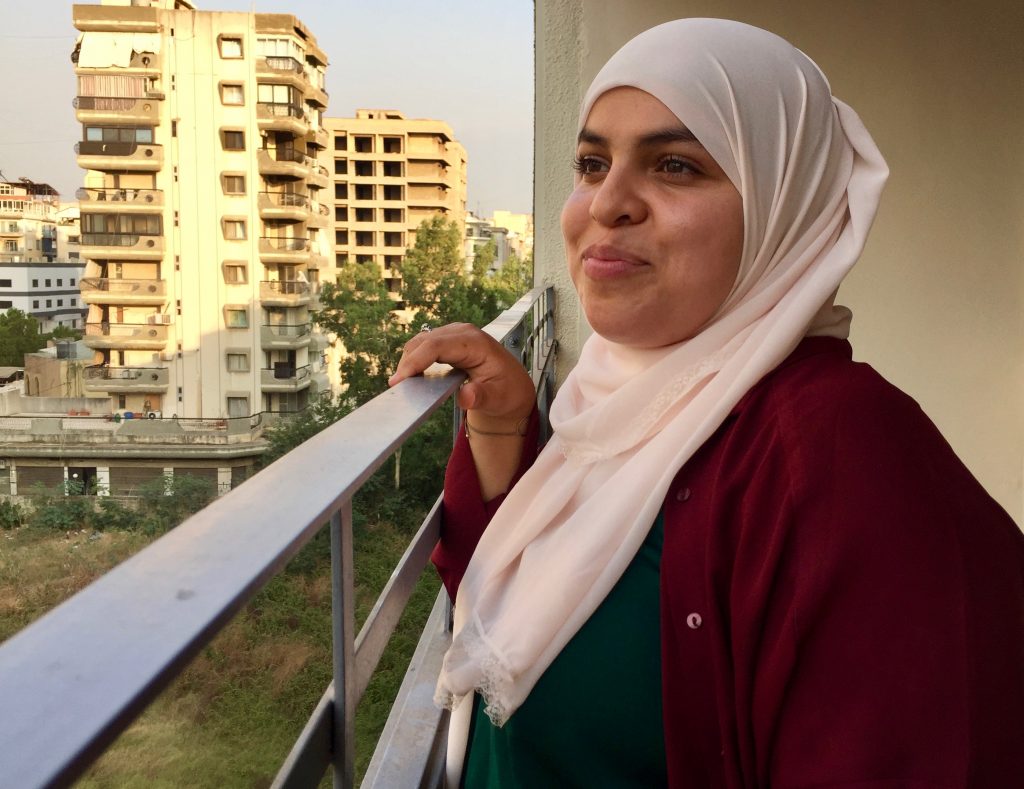 Ihssan Farhat, Tunisian born and raised in France, knows both worlds from within. Europe – where she grew up as a refugee with her family and enjoyed free access to education – and the Middle East – where her roots are and where she can go back to since the ending of the dictatorship.

For me, the best way to give back was to grow and learn and be in a place where I can help other people who would maybe do the same journey as my parents and brothers and sisters

Ihssan studied Biology and later International Humanitarian Law and Action. Her educational background seems to perfectly equip her for the missions she finds herself in, typically in third world countries with complex crises and fragile health systems. Her latest appointment is in South Sudan with migrants from Africa and especially women who were exposed to violence.

Ihssan has clear opinions and she identifies herself with an attitude of peace and against any kind of violence. She is a very active contributor in any political discussion and she understands political linkages and dependencies easily. It is a great pleasure talking with her, listening to her stories and the underlying human approach. Ihssan is a person one easily trusts. Even though she is still young, she is very confident and worldly-wise and she has got a very good sense of humour!

The majority of Islamophobic attacks in France are against women. For me, this is a form of sexism that is being normalised in the society and this is very dangerous

When I approached Ihssan for an interview, she immediately named hate speech in France/Europe as the topic she would like to talk about. And as with any complex issue, she enfolds her clear views and she does not hesitate to take on novel and sometimes controversial positions. Find out yourselves!