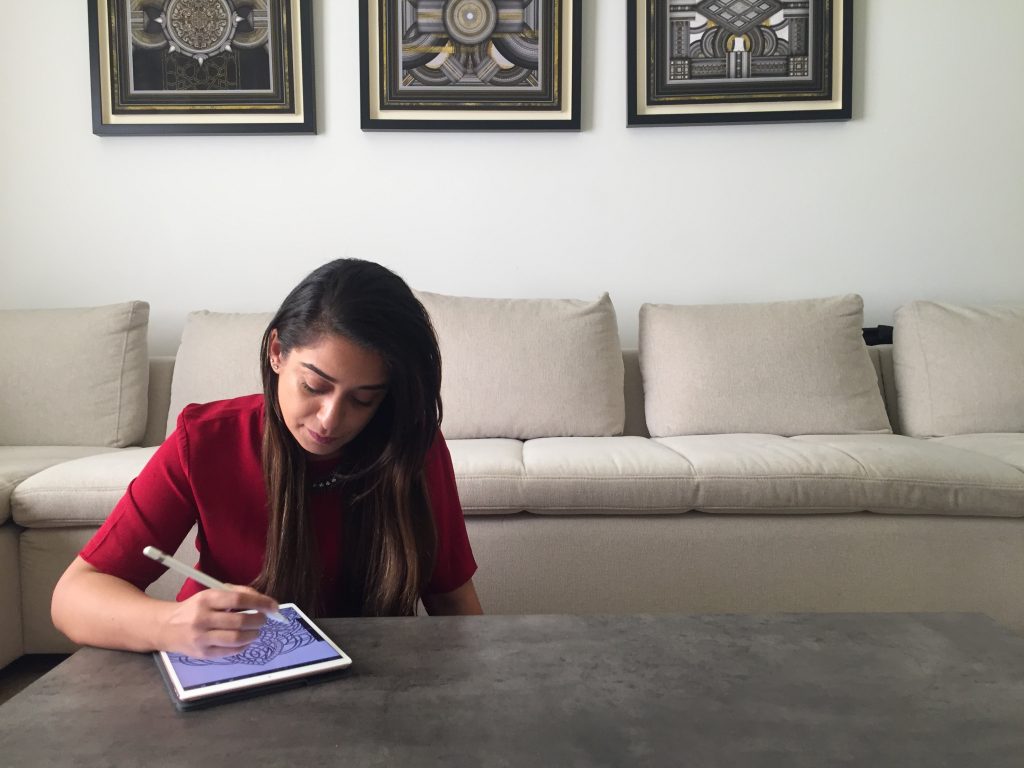 Reem AlSuwaid is a fashion designer and the founder of rym.clothing. Reem and her business is now based in Muscat, Oman but the idea came to her when she was still in Paris. Reem was working as a graphics designer when she realized she wanted to build something new – something on her own.

Living in Paris and being exposed to the European culture taught me a lot about myself and it strengthened me as a personality. I decided to create my own project but most importantly for me, I also crafted my own life style.

As always, Reem was sketching patterns and after a while, she started posting her designs on instagram. That’s how Reem created her own brand and that’s how she started her own business. She had to learn building and running a fashion design business step by step. Now, Reem is proud to say that she loves both, being an entrepreneur and business woman as well as a creator and fashion designer.

Reem’s designs stand out. They have been described as urban, tribal and caleidoskopic because of their multitude of colors. Some people even describe them as psychedelic but they definitely show islamic influences at the same time. For Reem however, it is most important how her designs make one feel and appear.

Accessory makes you feel strongly about yourself. This is what I want! It underlines your identity and gives you a boost of confidence.

Listen to the first episode of the Oman Podcast Series and read Maha’s Talent Profile.

Find out more about Oman at the time of the interview in February 2020.